I have to say that, no matter how much preparation, research and planning we had done for this trip, nothing had quite prepared me for the HEAT. I knew it was going to be very hot, but I didn’t fully realise that Ho Chi Minh City would have heat and humidity more intense than anything I had ever experienced before. We decided to take it slow, and started the morning with a stroll through Tao Dan Park.

As we walked through the park we noticed groups of people doing Tai Chi. It looked so graceful and elegant. We also saw people doing fan dancing, and others doing their own individual exercise routines. Another group of people were playing badminton and instead of using rackets they were kicking the shuttlecock to each other over the net.

We then headed to the Reunification Palace. This was a really grand piece of architecture. I will admit that I took every possible opportunity to casually stop and stand under the cool air vents inside the building for as long as I could without looking too much like a tourist way out of her temperature comfort zone. 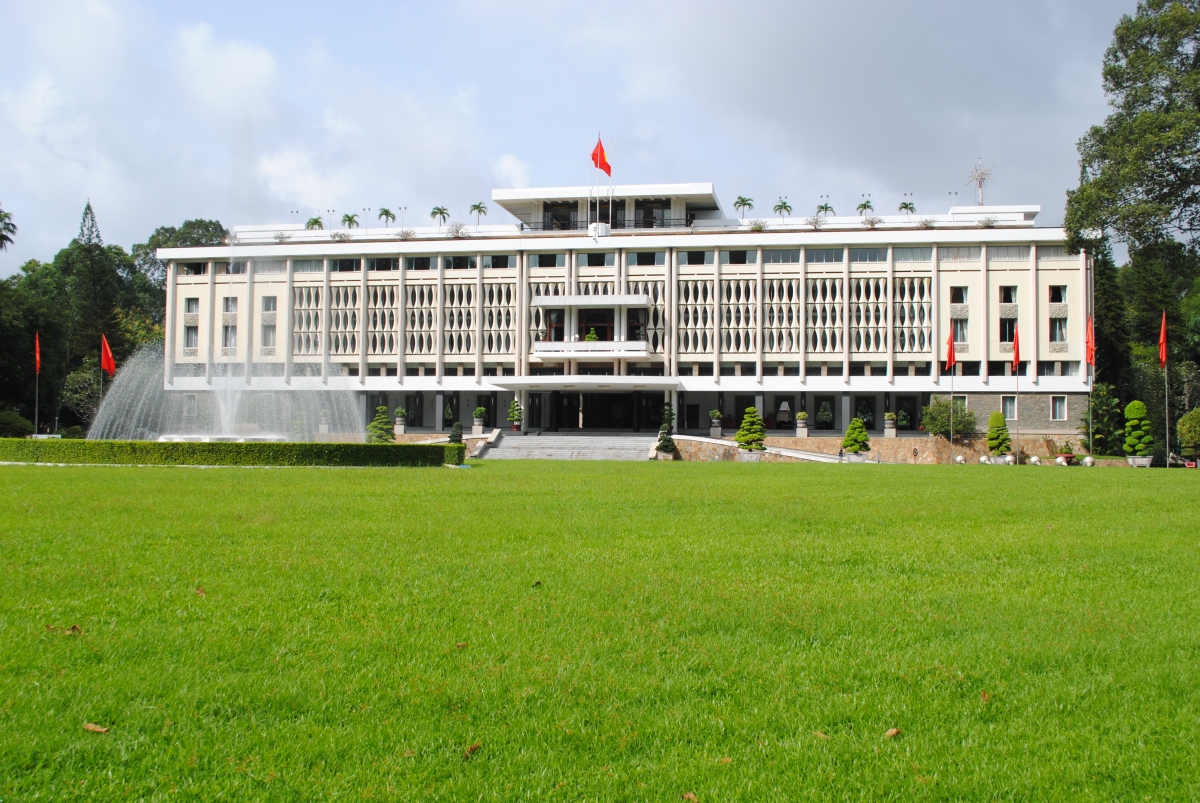 It was so interesting to take a glimpse inside the state rooms. The building was very open, and light poured through each room. It was surrounded by greenery and as we walked past the windows in the hallways, we could hear the sound of birds chirping and the distant whirl of the traffic. 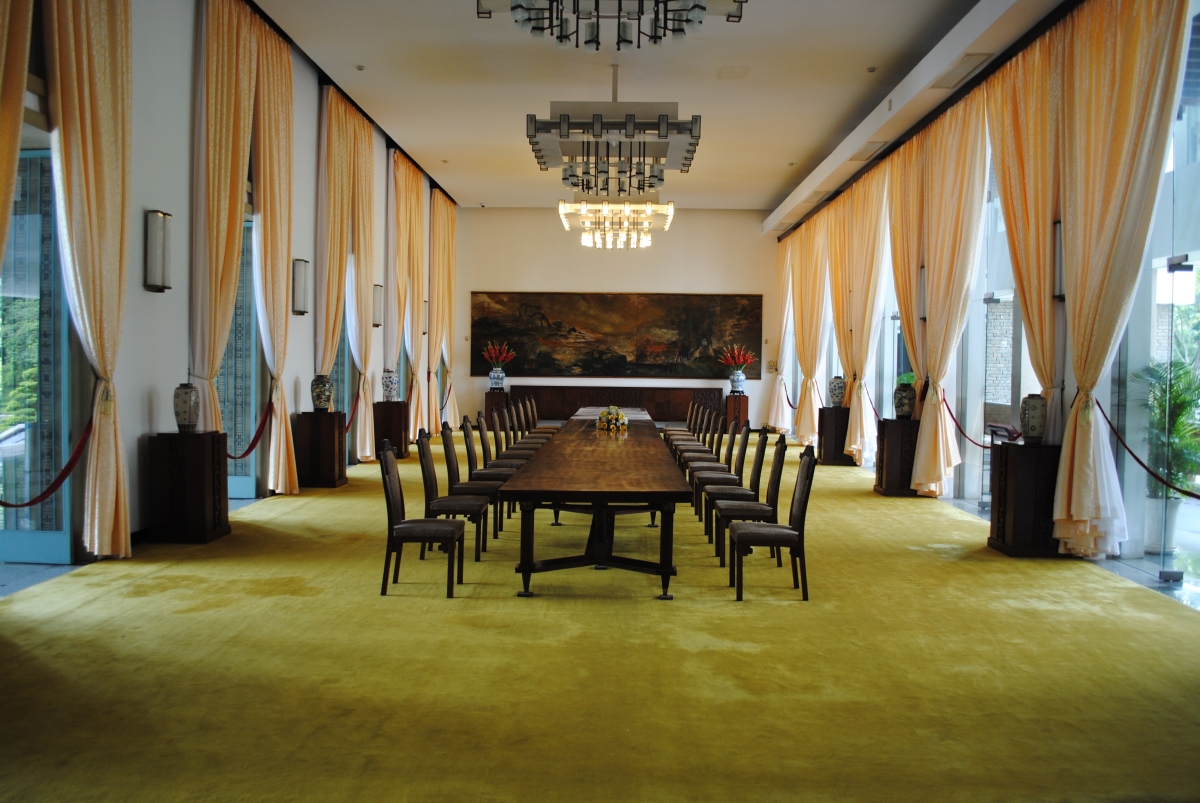 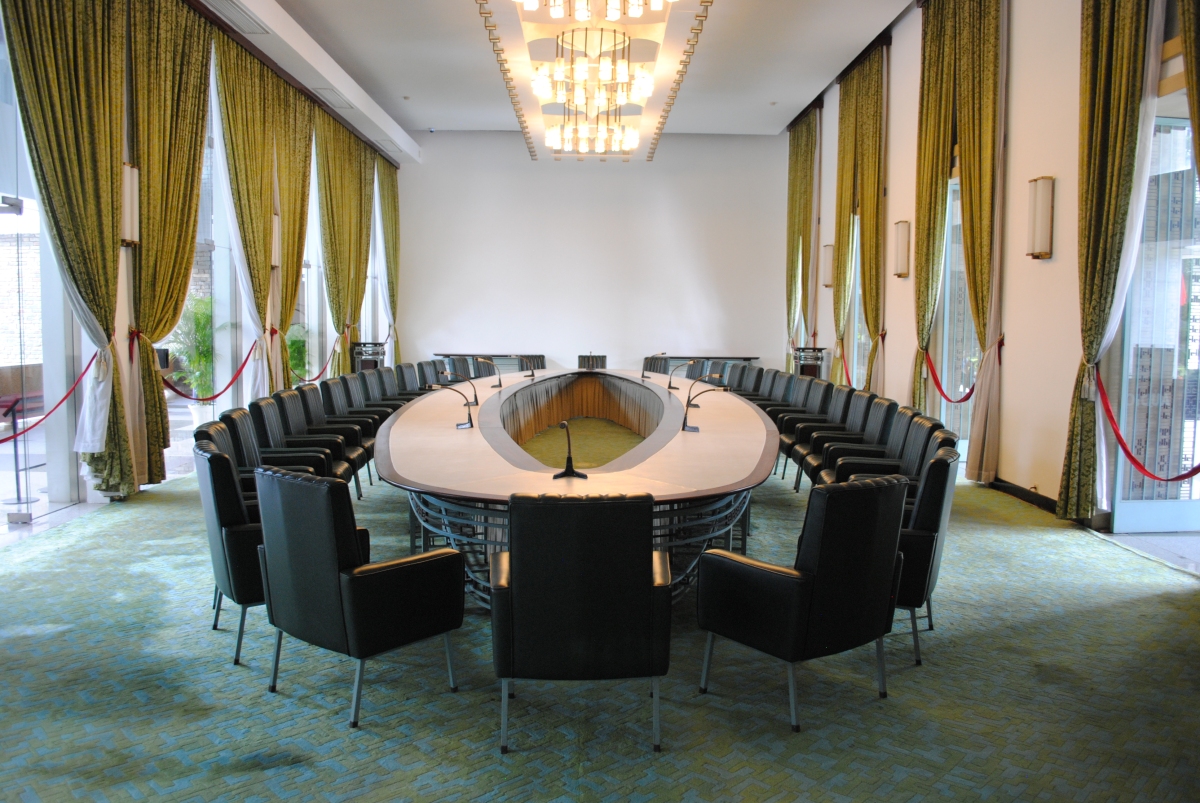 The next place we visited was incredibly sobering. We travelled to the War remnants museum; a building dedicated to preserving photographs and artefacts from the Vietnam war and the first Indochina War. As you enter the area, you are given a sticker that depicts a white dove in front of three falling bombs. For me this was a reminder that we should always continue to strive for tranquillity, kindness and peace. The symbol can be seen on the building in the image below:

Inside the building there were a variety of exhibitions on both the Vietnam war and the First Indochina War. In Vietnam, they often refer to the Vietnam War as the ‘Resistance War Against America’ or ‘The American War’. The exhibitions were harrowing, and the photographs were graphic, raw and uncensored. Inside that building I saw photographs that shocked me to my core.

One of the most poignant exhibitions was one dedicated to those who photographed the Vietnam War. This was so informative as it showed the transition from black and white to colour photography, and how these photographs were used to bring awareness to the realities of the war. Photojournalism helped to raise a huge amount of awareness surrounding the Vietnam war, and many photographers gave their lives in the quest to document it’s brutal realities. A plaque in the middle of the exhibition had a list of photographers who had died or had gone missing during the war.

We took a moment in the museum to just sit and digest what we had seen. We just sat silently for a while. Visiting the War Remnants Museum was so important, and I’m really glad that it was one of the first things we’ve did. I think this was a really important stop to make.

As you can see, it’s a very pink church. Can you spot a very small human? That’s me. The clouds above us began to get a little grey, so we anticipated that it might rain soon. After seeing the church we headed towards the post office, and on our way we stumbled across the aptly nicknamed Book Street. It was amazing! There were umbrellas hung above the street and a sudden rain started to drizzle onto them just as we got under the canopy.

The street had lots of independent book shops and quaint coffee shops. There was also a lush sunshade of trees above us. We sat on a bench for a little while taking in the sounds of rain splashing, people chatting and coffee cups clinking. One of my favourite things to do is just sit, observe and take in the atmosphere. This was the perfect place to do it. I’d found my own personal Eden in Ho Chi Minh City.

We got to the post office and looked around the shops for a bundle of postcards to send to friends and family. The building was another brilliant piece of architecture. 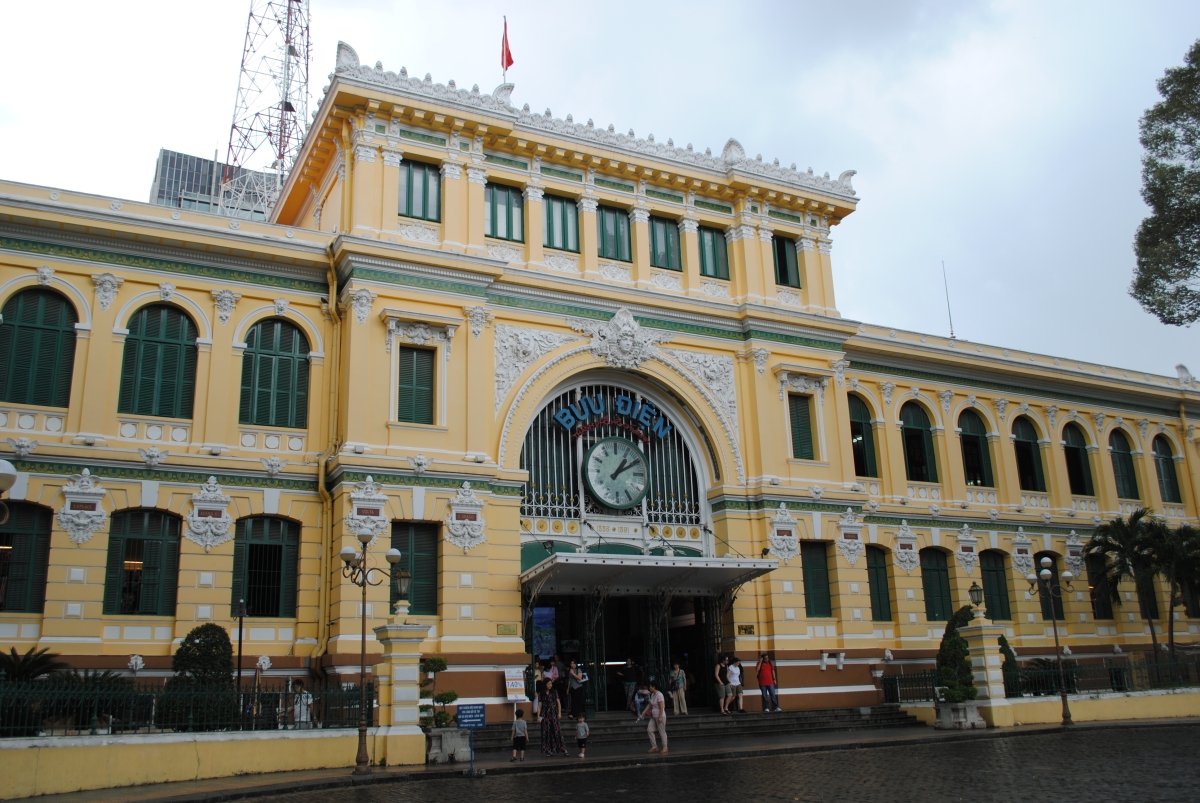 Whilst we were searching for postcards and stamps I had a bit of a funny turn and had to sit down for a while. I sat in the post office looking at the old fashioned phone booths, and eventually felt alright after a nice rest. 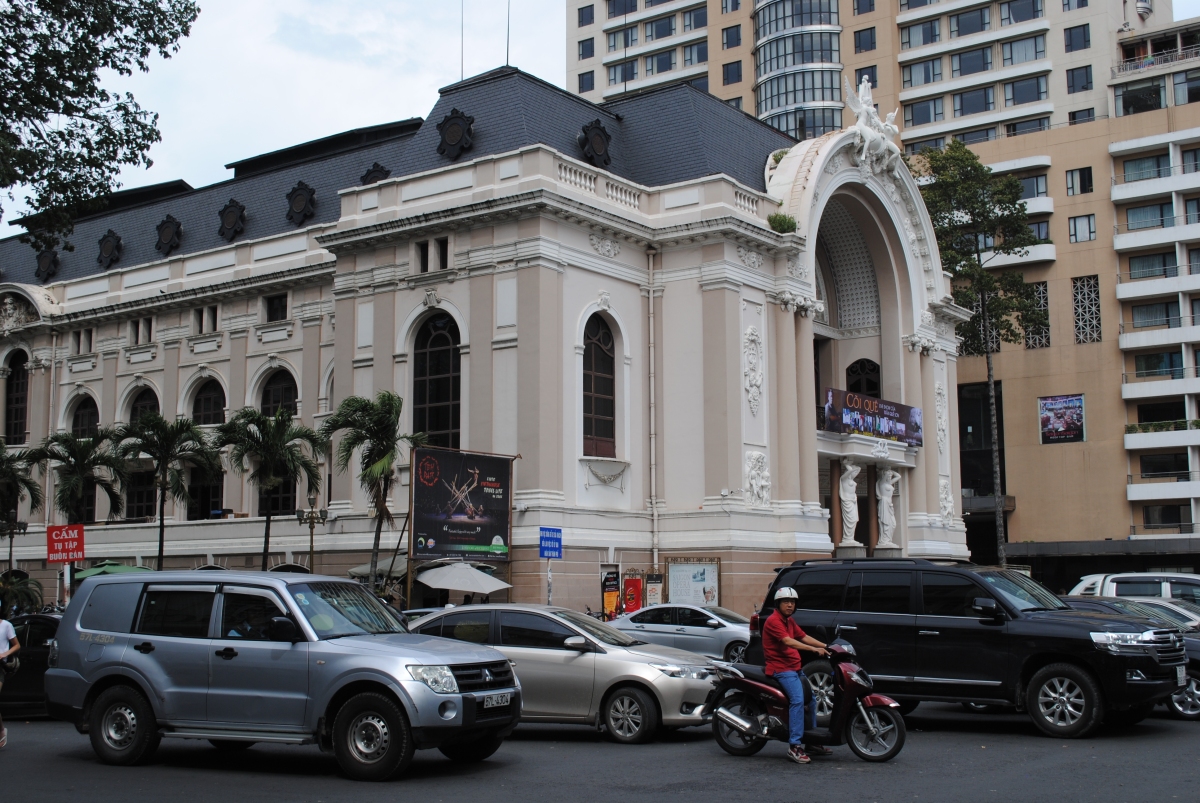 After that we stumbled upon the town hall which was a welcome surprise, and the last item on our list of things to see on that day. We strolled to the waterfront where we sat and watched the water.

We then headed back to the hotel to have a rest. In the evening we went to dinner at Pizza 4P’s which is a Japanese Italian Pizza Restaurant based in Vietnam (quite a mouthful!). The pizza didn’t disappoint and we had a lovely evening just relaxing, eating, and talking about what else we might want to do in HMC. We walked home late, and on the way to the hotel I saw three lizards scuttling around on the size of a movie poster.

When I got back to the hotel, I felt… exhausted. As wonderful as Ho Chi Minh City had been so far, it was also proving to be quite overwhelming at times. I vowed that most of the extra anxiety was coming from jet lag, and that tomorrow would be a new day full of even more adventure!

Thank you for reading! You can see my previous travel diary all about my first impressions of the city here.